According to our very favourite online news website For Argyll - and it is worth reading some of the opinion pieces that they write - Ailsa Craig, or Paddy’s Milestone as it's always been known to us as kids, the unforgettable iconic shape seen from many of the golf courses of Scotland's West Coast Golf Links and seen by millions of TV viewers when the Open is held at Turnberry is up for sale!

Owned by the 8th Marquess of Ailsa, it is being sold by Knight Frank and by Vladi Private Islands, the agent who sold Sanda Island off the east coast of the Mull of Kintyre and who is currently also selling Barcaldine Castle in North Argyll as ‘an island-like property’.

Ailsa Craig is not even yet on the Vladi website, but the 245 acre rock with its distinctive conical shape, lying ten miles off Girvan  on the south Ayrshire coast has an asking price of £2.5 million.
Posted by Admin 1 comment:

Email ThisBlogThis!Share to TwitterShare to FacebookShare to Pinterest
Labels: Ailsa Craig For Sale

England's Charlotte Ellis staged a charge over the last few holes to win the Helen Holm Scottish women's open amateur stroke-play championship over Royal Troon's Open championship links course on Sunday 24th of April. She had been trailing 16 year old twin Leona Maguire from Co Cavan, Ireland by three strokes with six holes to play until the 25-year-old from Minchinhampton birdied the 13th, 15th and 16th holes to be one shot behind Maguire with two to play. Both parred the short 17th and then Leona, who had made all the running from the start of the 54-hole tournament, ran up a double bogey 6 at the last, taking three shots to get on the green and quite depressingly a further three putts from six feet. Ellis stepped in to win with a par 4.

"Even when I holed out for a par on the last green, I really didn't think it was to win. It was only when Leona eventually missed a two-foot second putt, that I realised I had won. It's the biggest golf title I've ever won but I feel sorry for Leona."
Posted by Admin No comments:

If you're at a loose end this weekend you could always head for the Ayrshire coast to Troon and see a field of 99 ladies compete for the Helen Holm Trophy the 54-hole Scottish women's open amateur stroke-play golf championship at Troon.

The event which is taking place between Friday 22nd and Sunday 24th of April is played with two rounds over Troon Portland after which the leading 66 players and ties contest the final 18 holes over Royal Troon. The field of 99 is made up by golfers from 11 countries, including Russia and the Czech Republic and with the weather forecast set fair it could be a nice relaxing day out.


Live scoring from the Helen Holm Trophy 2011 event
Posted by Admin No comments: 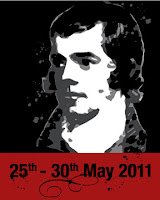 "No golfer is an island." I think that was the saying was it not?

Anyway the point is that whilst the reason for your visit to Ayrshire may well be world class links golf there is a whole lot going on in Ayrshire throughout the year from great wining and dining to a full calendar of events at Scotland's number one horseracing venue Ayr Racecourse.

There's also a number of great festivals and events across the county.

May sees the tenth anniversary of the Burns Festival with a range of music and cultural events taking place over four days so if you're in the area golfing you may want to take in a concert or comedy show in the evening. You can find out more at the Burns Festival 2011 website or check hotel availability for Ayrshire that weekend.

And while you're at it as well as downloading your golf app for the courses you might want to brush up on your Burns Poetry and yes there's an app for that too... An iPhone app has been developed to allow enthusiasts around the world to download and instantly access Burns' poetry.
The app includes:
The Robert Burns iPhone app is available from the iTunes store.
Posted by Admin No comments: 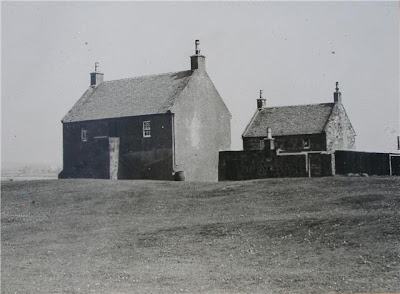 Standing on at least at least half of the tees and fairways of Prestwick St Nicholas a player cannot miss these iconic features, sitting between the 1st and 3rd greens.

Occupying what today would be a prime residential site these grade A-listed buildings sit right at the seashore, built around 1760 for the salt boiling industry; before the advent of refrigeration, salt was vital for preserving food for the table and also for sailors travelling around the world. Known as the Maryburgh Salt Works, they were probably salt pans with housing above. Women would collect buckets of salt water and bring them into the Salt Pan House, emptying the water into large metal basins (salt pans) under which a fire would be kept stoked. The water would be boiled off and the resulting salt deposits scraped off and bagged for sale.

The pair of houses are linked by a later wall which has been heightened and which was originally open at centre. The roof covering may originally have been pantiles or thatch, as shown by the deep skews with moulded skewputts along the roofline. The buildings were occupied well into the 20th Century with a recent visit by an elderly Canadian gentleman to the Club confirming for us that his uncle had grown up in the southerly one.

Although what remains is incomplete, the surviving buildings have been described as "certainly the most complete upstanding remains of the (saltboiling) industry on the west coast of Scotland". In fact, they appear to be most complete to survive in Scotland. The Prestwick burgh/records of 12th February 1480 uses the term "salt pan hous" which suggests the existence of the industry locally by that time. The burgh records also discussed applications for erecting of salt pans on 25th June 1763 and 7th Sept. 1765 (information provided by Kyle & Carrick civic society).

With the Club moving to its current site in 1892, it's clear that the Salt Pans are significantly older and are important historical Scottish buildings which can often be taken for granted. Why not come along and see them from the course, where the sea can be seen from every hole.

See the new video of Prestwick St Nicholas on www.prestwickstnicholas.com.
Posted by Admin No comments: